Showing posts from October, 2019
Show all

Tribute To An Old Bag 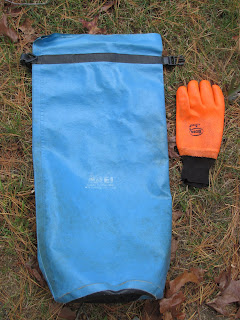 My tribute to a dry bag that's served me well can be found here .
Post a Comment
Read more

Bottle with a Message 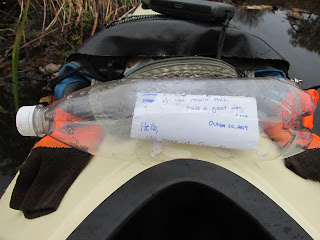 I have recently re-activated my original blog, Trashpaddler and will place trash-themed posts there.  This post concerning the message in a bottle found on the Assabet River can be found here .
Post a Comment
Read more

Two Bits of the Connecticut River 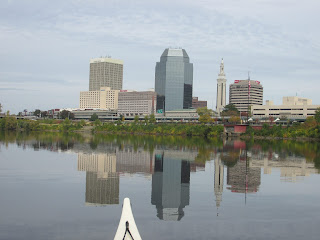 Spent last Sunday and Monday paddling bits of the Connecticut River in Springfield and Easthampton, MA.  For the Springfield section (about 70 miles above Long Island Sound) I launched from Bondi's Island in Agawam, MA under cloudy skies.  The launch there offers little in the way of  facilities but gets the job done.  With the wind being calm the river reflected Springfield's skyline (above) and the stately Memorial Bridge... ...before occasional light rain put an end to such reflections.   It was between this bridge and the railroad bridge beyond that a tornado formed back on June 1st, 2011.  An article by Brian Brenner in Engineering News-Record titled Strange Doings on Memorial Bridge includes a link to a camera recording of the tornado's forming.  Brenner's article also mentions the bridge having been featured in an advertisement for the casino MGM Springfield. Downstream, on the Springfield side, the Mill River enters in a concrete setting.  The land aro
Post a Comment
Read more 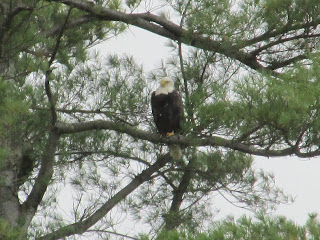 This past September was memorable to me for the number of paddling outings in which bald eagles were encountered.  While I'd noticed a general uptick in the number of times I see these majestic birds while paddling, this September was just crazy.  I went out paddling 11 times during September and encountered eagles on 7 of those occasions (4 in Massachusetts and 3 in New Hampshire).   Even though eagle encounters are becoming more and more frequent, I still feel a sense of excitement upon seeing one and remember all the years when I never saw them.  It's been incredible to witness how fast our nation's symbol has rebounded from near extinction.  The success is said to be a result of the 1972 ban on the pesticide DDT (thanks to Rachel Carson's book "Silent Spring") as well as protection provided to eagles by the Endangered Species Act of 1973.  Each time we see an eagle it's a reminder of how successful the Endangered Species Act can be in protecting an
Post a Comment
Read more
More posts